Most of the people on this list have been working their way up a steep career ladder for decades to reach the top of their professions. If there were glass ceilings to be smashed, these are some of the titans that first smashed them. 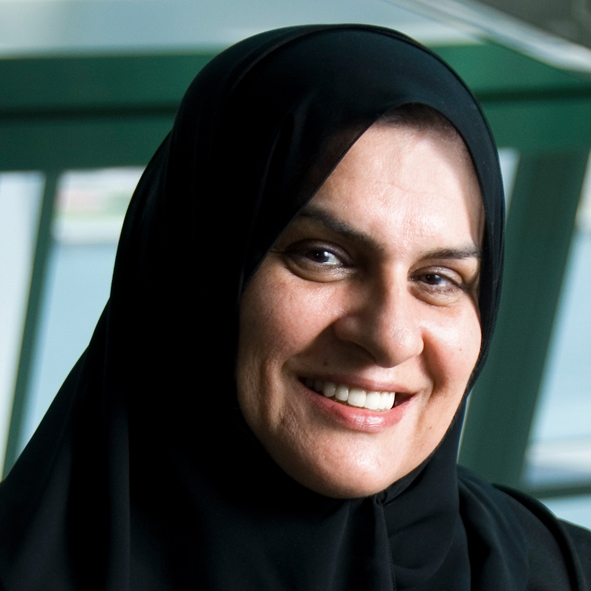 Al Gurg is the managing director and vice chairperson of the Easa Saleh Al Gurg Group, which is one of the biggest conglomerates in the Middle East. The group consists of 27 companies ranging from retail to construction to a metal foundry. Al Gurg is also president of the Dubai Business Women Council and works to improve female entrepreneurship in the U.A.E. She also serves as a board member at the Dubai Chamber of Commerce and Industry, Dubai Women’s Association and HSBC Middle East. She was the first Emirati woman to be appointed to the board of HSBC Bank Middle East Limited. 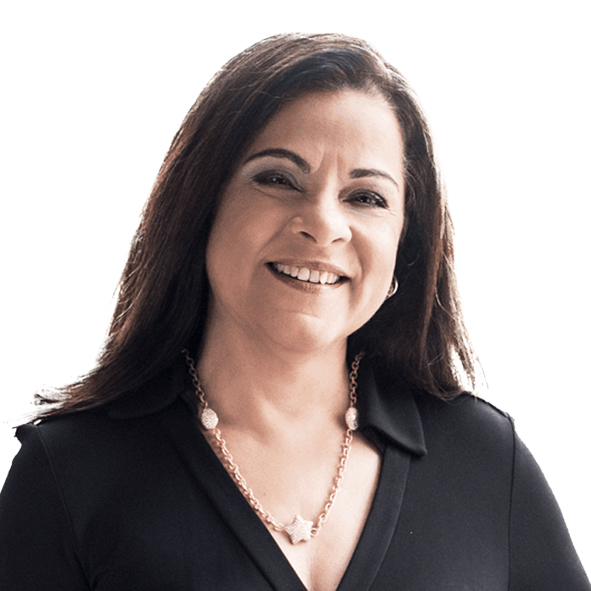 Jagtiani is the chairwoman and CEO of the Landmark Group, a multinational retail and consumer conglomerate based in Dubai and founded by her husband, billionaire Micky Jagtiani. For more than 20 years, she has led the company’s corporate strategy and expansion into new markets. As head of the company, Jagtiani oversees more than 50,000 employees. Currently, the group operates over 2,300 outlets, encompassing over 30 million square feet across 22 countries. Jagtiani has initiated the e-commerce platform and driven the group’s CSR initiatives. She was number 96 on the Forbes Power Woman list in 2019. 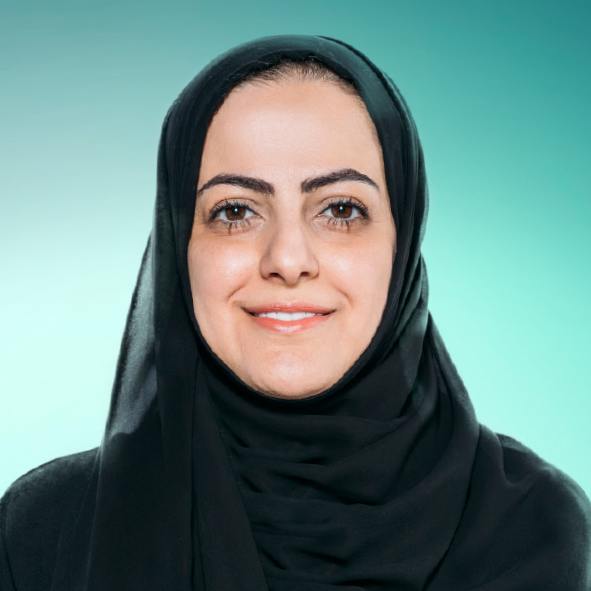 Nashar is the first female CEO of Saudi commercial bank, Samba Financial Group. She became CEO in 2017, at a time when Saudi Arabia was just beginning to implement reforms to promote gender equality as part of its Vision 2030. Samba Financial Group is Saudi Arabia’s fourth-largest bank, with $63 billion in assets as of September 2019. Nashar previously served as a board member for Samba’s global markets subsidiary and has over 20 years of experience in the commercial banking sector. In 2019, Nashar was ranked as the 97th most powerful woman in the world by Forbes. 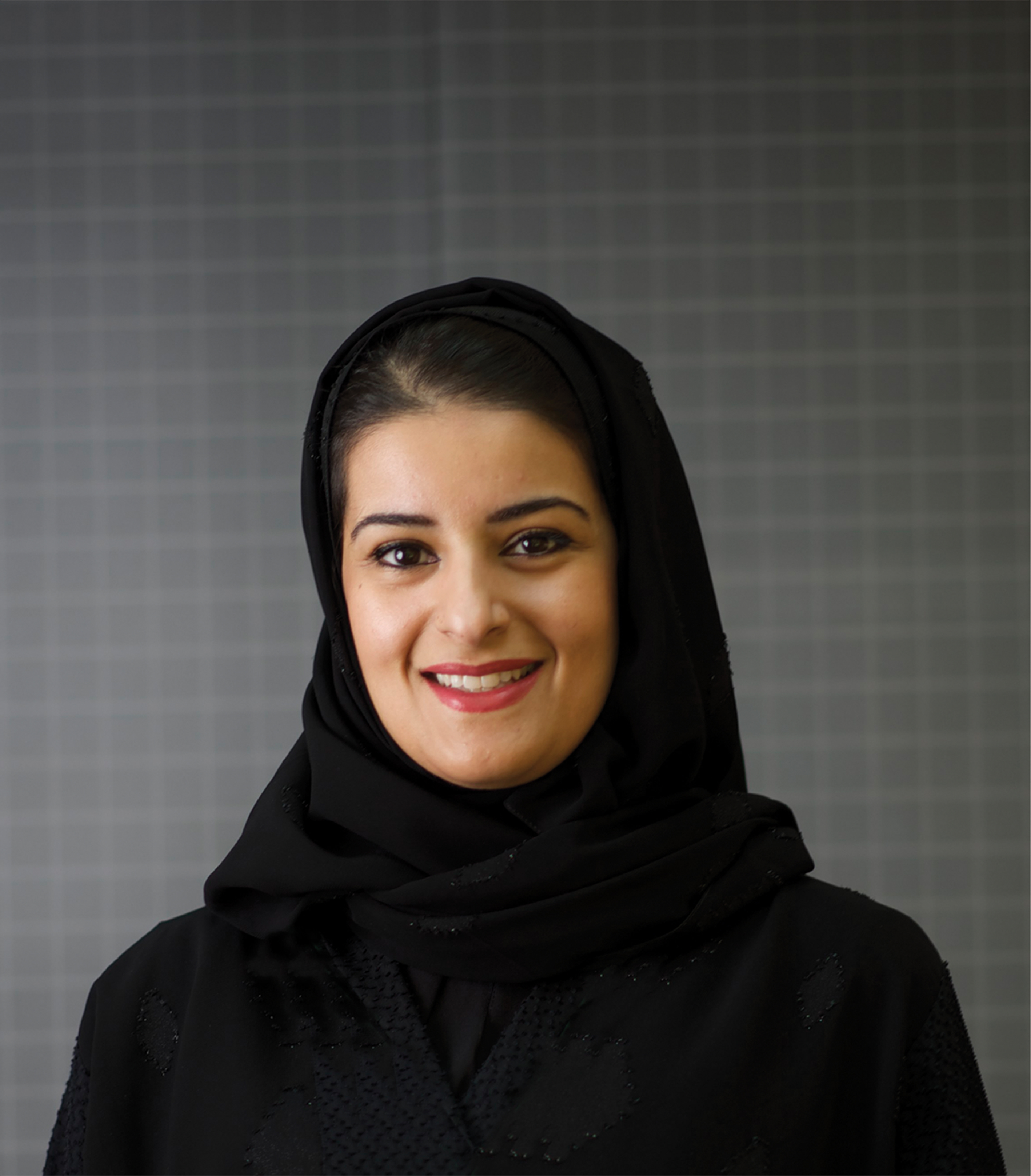 Al Suhaimi is the chairperson of Tadawul, the Middle East’s largest stock exchange. Last year the exchange saw the listing of the world’s largest company, Saudi Aramco at a value of $1.7 trillion. Al Suhaimi has also been the CEO of NCB Capital since March 2014 and a member of the company’s Board of Directors. Since then she has played a pivotal role in restructuring NCB Capital, leading to growth, product development and major technological advances for the company and its clients. She is a graduate of Harvard University and the King Saud University. 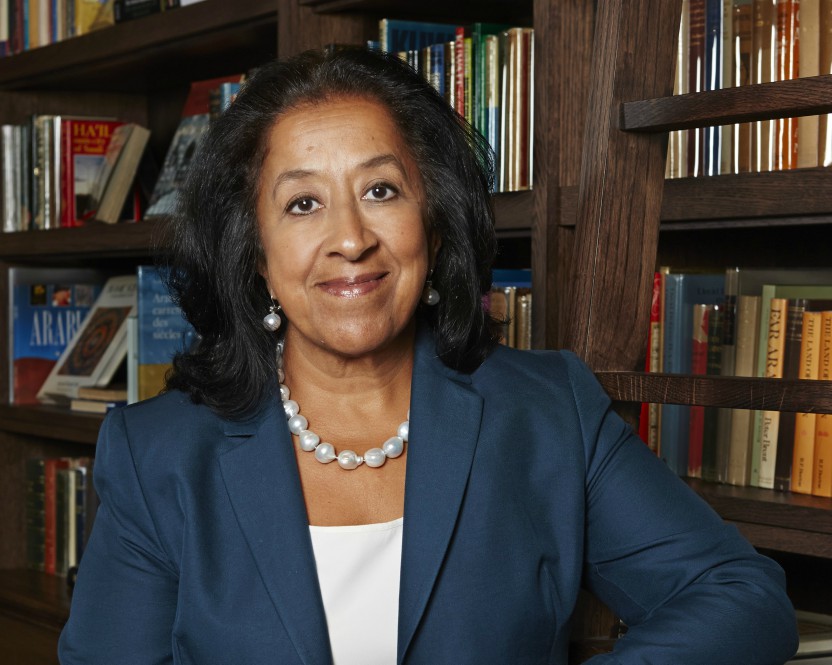 Olayan became the first Saudi woman to serve on the board of a publicly-traded company in 2004 for the Saudi Holandi bank. Although that bank no longer exists, Olayan remains one of Saudi Arabia’s most accomplished businesswomen. In April last year she retired as CEO of the Olayan Financing Company (OFC) after 33 years at its helm. The OFC is her family business—the Olayan Group’s—Riyadh-based investment arm. Olayan is still a member of the group’s Corporate Board of Directors, the Shareholders’ Board, and the Olayan Family Council. As of June 2019.she became the chairperson of the third largest bank in the Kingdom, the Saudi British Bank (SABB). The Olayan Group is the second largest shareholder in SABB— whose market value is about 18 billion., the groups 18% is worth in the region of $ 3 billion. 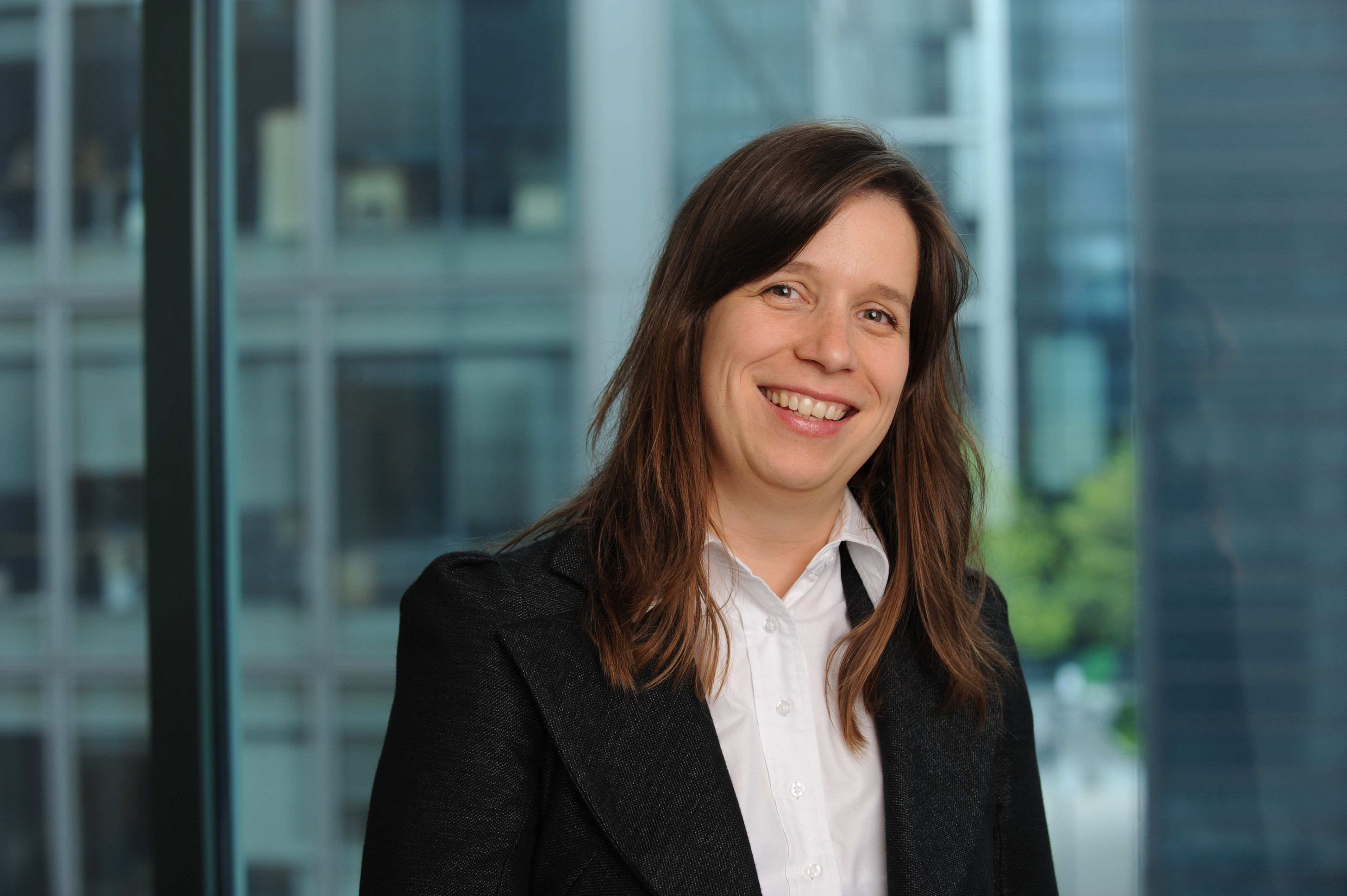 Harmgart is the Managing Director for the Southern and Eastern Mediterranean region at the European Bank for Reconstruction and Development (EBRD). Based in Cairo, she is responsible for the formulation and delivery of EBRD’s strategy and business plan for her region, which currently includes Egypt, Jordan, Morocco, Tunisia, Lebanon, the West Bank and Gaza. She manages a team of 150 staff with cumulative investment in the region over $11.1 billion. Before joining EBRD, Harmgart worked for the Economist Intelligence Unit and the Institute for Fiscal Studies. 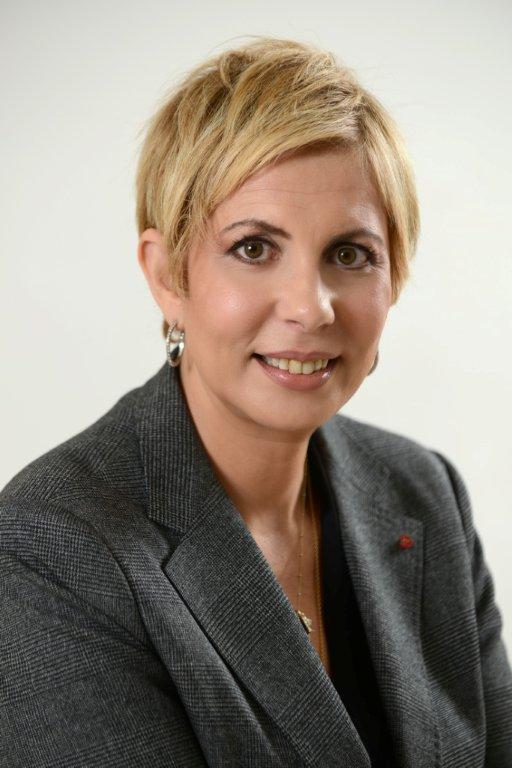 Hayat has been the President of Morocco’s Capital Markets Authority since 2016. The Moroccan Markets have a market capitalization of about $65 billion, and most companies that drive the economy of the country are listed on the exchange. Hayat started her career in Spain at the international division of Banco Atlantico, responsible for international risks and restructured debt portfolio. As an advocate of women’s rights, she is one of the founding members and president of Club des Femmes Administrateurs d‘entreprises in Morocco (CFA Maroc), a non-profit organization that works to promote the participation of women on the boards of directors of public and private companies. 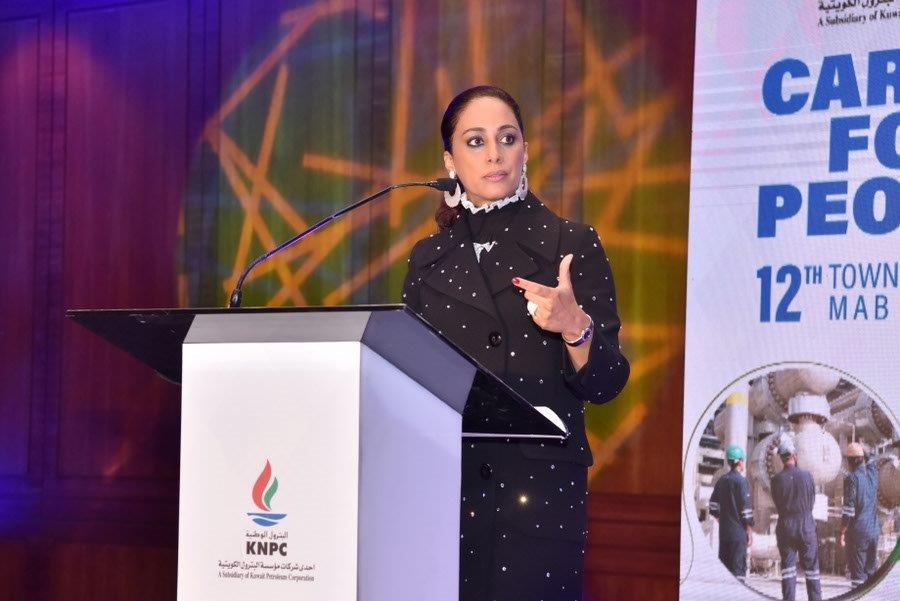 Al-Khateeb is the deputy CEO of the Kuwait National Petroleum Company, which earned $30 billion in revenues last year. She is in charge of the Mina Refinery, which refines a third of the company’s oil. Al Khateeb has been with the company for 24 years and has held several positions, including Senior Processing Engineer in 2003, Environment Team Leader in 2005, and Technical Services Manager for the Mina Al-Ahmadi Refinery in 2013. She moved into her current position as deputy CEO in 2019. She was the first woman to head the “Gas Processors Association” GCC Chapter. She was a board member for the Kuwait Styrene Company during the fiscal year of 2018/19, and she has been chairperson for the Kuwait Paraxylene Production Company since May 2019. 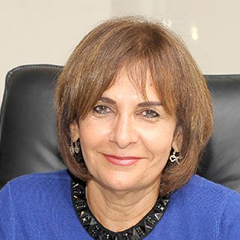 Almoayyed is the Managing Director of Y.K. Almoayyed & Sons—a diversified group established in 1940, with divisions specializing in trading, contracting, concrete products, air-conditioning, telecom services and property development. The group employs over 2,000 people. Almoayyed is a big advocate of an environmentally friendly world and is a gardening enthusiast. She won the King Cup for Big Gardens in 2007. She supports a number of non-profits, including the Migrant Workers Protection Society, the Bahrain Business Women’s Society, Al Muntada and the MWPS Shelter for Domestic Abuse. 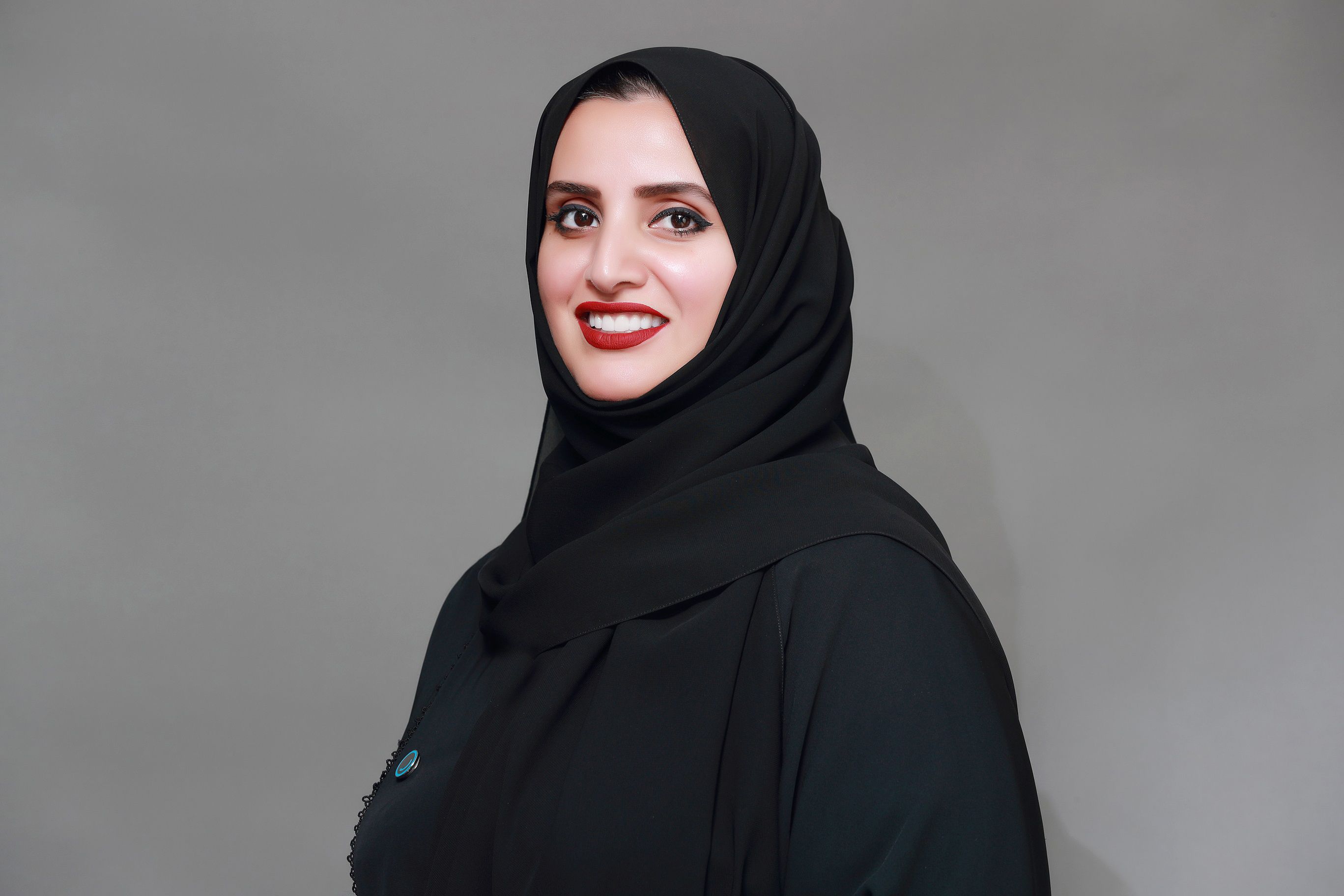 Bin Bishr is the Director General of the Smart Dubai Office— the government entity entrusted with Dubai’s city-wide smart transformation. Bin Bishr is also the chairperson of the Sustainable Development Goals 11 Global Council, and serves as a member of the World Economic Forum’s Global Future Councils, and The Fourth Industrial Revolution’s Smart Cities Readiness Index Team. Before taking up her current role, Bin Bishr served as the Assistant Director General of the Dubai Executive Office, and worked as the Assistant Undersecretary of the U.A.E. Ministry of Labor.

The Secrets Of Leadership Presence For Every Woman Leader

Helping break down barriers for female entrepreneurs in the UAE