To analyse the challenges for women in university management and to develop strategies that can empower them to apply for and succeed in senior management roles. Participating countries are: Australia, Austria, India, Ireland, New Zealand, Portugal, South Africa, Sweden, Turkey, United Arab Emirates and the United Kingdom.

The WHEM Network welcomes links to other related research groups and researchers.

Each of the researchers in the WHEM Network has an established reputation in gender and higher education. All have published books and/or refereed articles in the field. The Network members have an impressive number of publications resulting from the WHEM projects to date: three books, 17 book chapters, 40 articles, 54 international conference presentations, and dozens of national conference presentations.

The Network’s first research project was published by Palgrave Macmillan in April 2011 as Gender, Power and Management: a Cross Culture Analysis of Higher Education edited by Barbara Bagilhole and Kate White, and has now become a standard reference on gender and higher education.

The Network’s second project was Generation and Gender in Academia, edited by Barbara Bagilhole and Kate White and released by Palgrave Macmillan. It was published in 2013. Generation and Gender in Academia is the first cross-cultural analysis of the differences in career trajectories and experiences between a senior and younger group of women academics.

This volume uses individual autobiographies of women academics in Australia, Ireland, New Zealand, Portugal, South Africa, Sweden, Turkey and the United Kingdom, who are members of  the WHEM Network. Four major themes in their stories are national context; organisational context; family, class and location; and agency. While the younger generation believe they are entitled to careers on the same terms as their male colleagues, major challenges remain. These include countering the argument that the battles have been won for younger academics; lack of support and mentoring at the outset of careers; the continuing difficulty of aspiring to a traditional academic career; capacity for playing the ‘game’ in managerial universities; and recognising mobility as crucial to career success.

The WHEM Network conducted a really successful Workshop on Generation and Gender in Academia at the Gender, Work and Organisation Conference, Keele University, 24-26 June 2014. If you would like to follow up on the discussion at the Workshop, please contact Kate White: kate.white@federation.edu.au

Much has been written about the barriers to women’s promotion in these contexts; about their masculinist culture and male oriented structures and career paths; and about the underlying gender schemas which legitimate such arrangements and which depict women as ‘the problem’.

Little attention has been paid to an analysis of atypical cases; that is, those organisations which in their gender profile at senior level; in their organisational culture; positional and informal leadership create alternative contexts which are more ‘gender friendly’. This is the focus of the case studies in this book. In their various national and organisational contexts they identify key factors in bringing about the successful implementation of gendered change in higher education organisations at various levels. The final chapter draws together the key factors into an overall change model. It includes a focus on external facilitating factors such as legislative framework, policy or advocate interventions; internal facilitating factors, including leadership (both top down and ‘bottom up’); as well as context specific intervention points. This model will provide important knowledge for HE institutions about how sustainable gendered change can be created in organisations as well as providing insights into the creation of a new gender agenda.

Anke Lipinsky is a senior researcher at GESIS-Leibniz Institute for the Social Sciences, Team: Center of Excellence Women and Science ...
Read More

She was co-founder with Kate White of the Women in Higher Education Management Network.

She made an outstanding contribution to the field of equity and diversity, including gender and higher education. She was Professor of Equal Opportunities and Social Policy, School of Social Sciences, Loughborough University. She researched and published extensively in the area of equal opportunities and diversity across gender, race, disability, sexual orientation, religious belief, age and intersectionality. She was author of four single authored books, six edited books, over 50 academic-refereed journal articles and over forty chapters in edited books. Among her edited books were two projects she led for the WHEM Network:

Kate White recalled that Barbara was a brilliant researcher. ‘She had an extraordinary facility with words, and was incisive in her analysis of the challenges that the entrenched masculine culture of organizations presented for women. She was also generous and encouraging, and had a strong commitment to social justice’.

Barbara will be sadly missed by her research colleagues. Her enormous contribution to the Women in Higher Education Management Network- which has now grown to include 11 countries – will be acknowledged in our next book “Gendered Success in Higher Education” which we will dedicate to her. 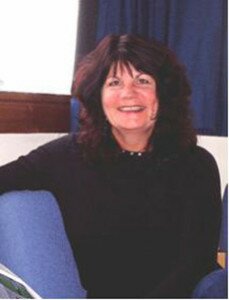